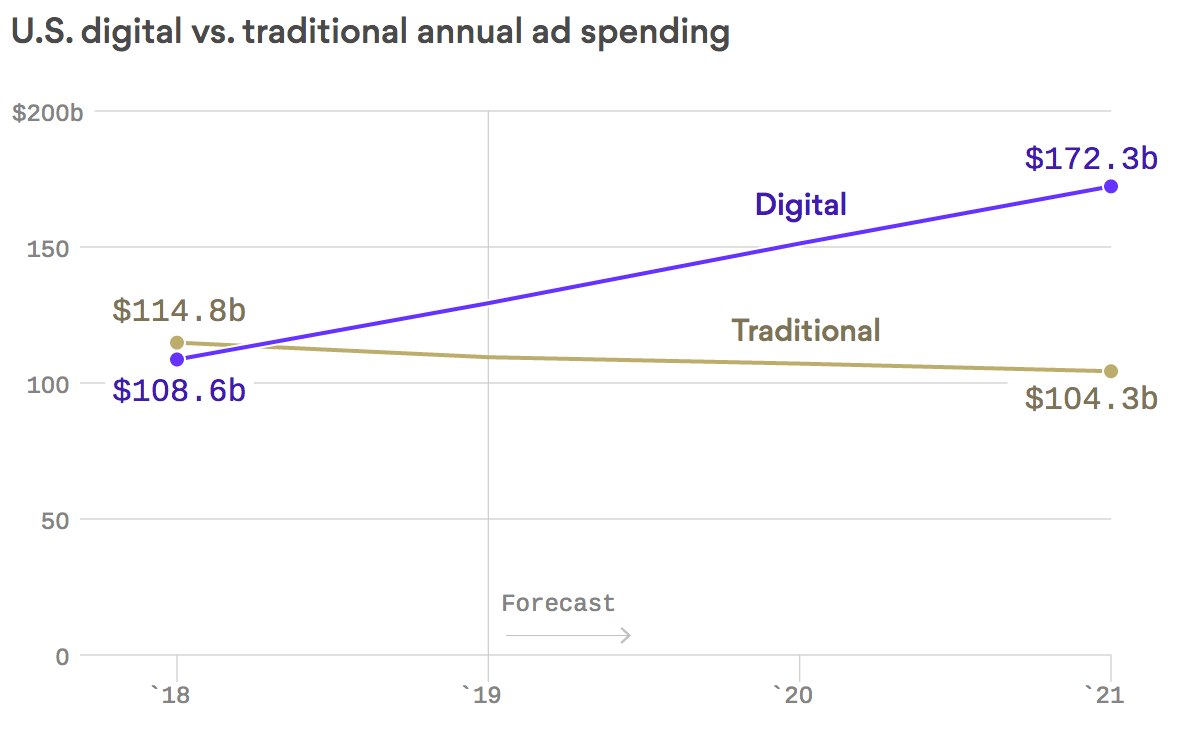 The earliest forms of advertising were based on and priced by volume. For example, a newspaper’s readership, the number of listeners on a radio station and the number of viewers for a television station. As a result, companies purchased advertisements based on the number of potential consumers they could reach, not targeting a specific group or demographic. To be successful, companies had to determine how, when and where to communicate their message then purchase an ad within that medium that matched their consumer estimates.

With most of the traditional media moving to digital marketing mediums, the previous numbers game has changed considerably. Today, targeting with digital advertising removes the generic message to a vast number of potential consumers and allows you to tailor your message to the specific audience in which you are attempting to sell your products. Once you have their information, you can use geo-targeting, re-targeting and a variety of other tools to gather information about their purchasing habits, search history, preferences, etc.

While statistics show that U.S. digital ad spend has surpassed that of traditional methods, the two can coexist without disruption. However, using both types of advertising can have the most powerful effect compared to only relying on one or the other.

If running an aggressive advertising campaign in a local publication, the distribution should be mirrored using digital formats. This allows you to reach print and online readers while they browse other websites. The ad saturation will then hit the same market several times.

While train and bus advertisements are regularly overlooked, they offer a tremendous opportunity for saturating a localized market. When commuters are riding mass transit, they are accessing digital devices to pass the time. Therefore, using geo-targeting, you can reach riders digitally with relevant messages. To deliver a strong one-two punch, pair digital and transit advertisements to target specific commuters to and from a city.

The same idea can be applied to purchasing strategies on television spots. For instance, run a television ad and a condensed version on related websites. This is another effective duo that targets the digital and traditional consumer while maximizing your creative budget.

Essentially, a banner ad is the billboard of the Internet; allowing you to advertise in the physical and digital space. The strategy behind both opportunities is to grab viewers’ attention using an eye-catching graphic with several chosen words. With regards to billboard advertising, consumers are driving quickly so only have a few seconds to read the billboard. Ironically, with digital advertising, consumers are also scanning webpages within seconds. Therefore, with both mediums, the messages must be memorable and clearly-stated to leave a lasting impression.

While finding a combination of both options is the ideal situation, many companies are still hesitant to dedicate some of their budget to digital advertising. Therefore, it is important to note the many benefits of utilizing this medium, such as:

When maintaining your website and social media posting with high-quality content, you are adding value to the audience which helps you gain credibility and build the brand. This results in improved lead generation with an improved awareness for your business. Such success can even lead to a reduction in marketing efforts in the future.

By utilizing social media and search engines, you can get started with digital advertising using only a few hundred dollars while receiving thousands of dollars in sales. For instance, running a local television ad will cost tens of thousands of dollars or more for the best placement. However, the same ad can be uploaded to YouTube at a fraction of the cost. Social media and search engine ads only charge when a visitor clicks on your ad thus transferring them to your website. Therefore, reaching a targeted consumer can cost considerably less.

When competing in a cutthroat industry with numerous nationwide chains, it can be difficult to develop a competitive advantage using tradition advertising methods. In addition to costs are the human resources necessary to create commercials, radio ads and mailing campaigns. However, by using digital advertising, competing with the big boys is much easier.

When sending out a flyer, what are the odds the potential consumer will immediately share it with friends and family? The answer is slim-to-none. Digital advertising allows you to share the advertisement with thousands of others who are only one-click away. If your ad is engaging enough, the number of potential consumers sharing it will rise dramatically.

When running a social media or Google campaign, it is simple to see how well each ad is performing in real-time. Tools like social media analytics or Google Analytics allow you to determine the best- and worst-performing campaigns to adjust as necessary. Also, it is easy to control your budget while targeting ads towards a specific demographic of potential consumers.

With digital ad spending surpassing television ad spend in the U.S., digital is growing so fast, it will continue to outpace traditional advertising and eventually pass all of the mediums used for decades. This does not come as a surprise considering out-of-home ads are the only traditional advertisements that have shown growth over the past several years. Also, many of the original mediums are becoming digital since that is where the ads are the most impactful and can reach the largest audience.

To learn more about how to create and implement a digital advertising strategy within your budget, contact Simplemachine today!